Ander Guerrero had been working in the industry for close to five years before he landed his first official credit on a commercial game, Electronic Arts’ Madden NFL 21, released in August of last year.

“I still remember the first day that it came out. We were able to see people already playing on Twitch,” Guerrero says. “I was watching this guy who was so happy, buying and equipping things in the in-game store. He was like, ‘Oh, man! Look at this helmet. This is crazy!’ And I thought to myself, ‘Oh! I worked on that. I worked on that.’ The feeling was super intense, super good.” 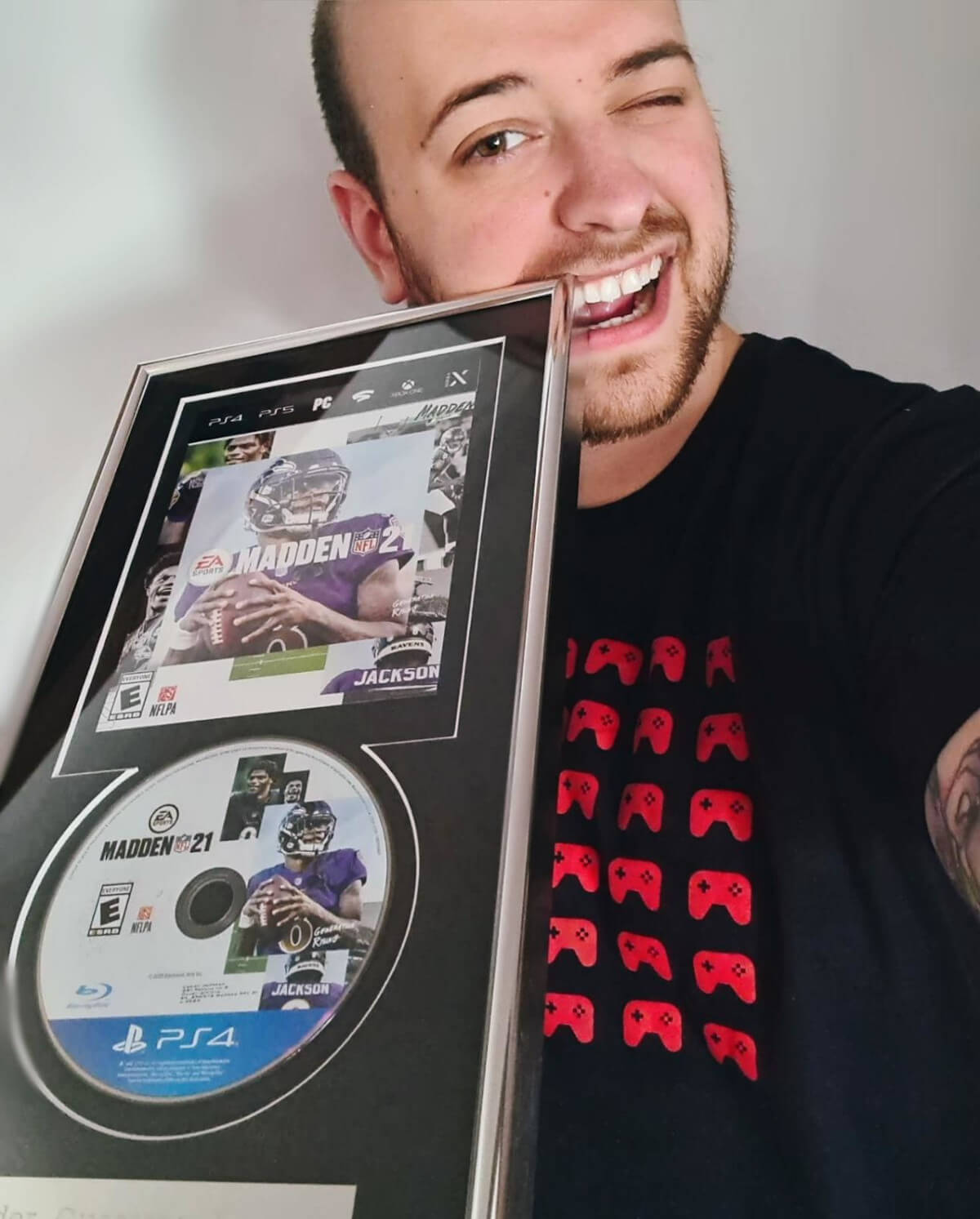 Guerrero currently works as a software engineer at EA Sports Madrid. He was, in fact, one of the original six employees to join the Spanish development studio when it first opened its doors in 2018. But Guerrero’s game development journey started much earlier than that, going back to his initial decision to enroll at DigiPen Institute of Technology Europe-Bilbao back in 2011.

“I knew for sure that I wanted to study something that made me able to work on video games. So I was exploring different options,” Guerrero recalls. “My mom found in a newspaper that DigiPen was going to open a university here next to Bilbao.”

After learning more, Guerrero knew he had found the path he wanted to take, and he enrolled in the BS in Computer Science in Real-Time Interactive Simulation degree program. The beginning of his DigiPen education was not without its challenges. While some of Guerrero’s classmates had come to the program with prior degrees or professional software development experience, he had only completed his baccalaureate studies and was completely new to the world of computer programming.

Despite his inexperience, Guerrero credits his classmates with helping and supporting him along the way. During his sophomore year, he and a team of students created the side-scrolling hack-and-slash adventure, Umbra Chronicles, a game that would go on to win the Best Basque Video Game award at hóPlay (now AzPlay) 2013. His follow-up game, Inaris: The Cloud Temple, was a finalist for the same award in 2014.

Upon graduation in 2015 and needing to find a job close to his family, Guerrero contacted some fellow DigiPen alumni who were working at a company called Davalor Salud. A medical technology company, Davalor Salud was developing a set of experimental diagnosis and therapy techniques for dealing with various eye and vision conditions — using a combination of video games and data science.

“There are a lot of studies that say that the eyes are muscles. So if you train those muscles, you’ll soon be capable of actually improving some of the issues that the eyes might have,” Guerrero says.

Guerrero was hired and spent the next three-and-a-half years developing and designing ophthalmological games that were eventually used to treat clinical patients. By donning a virtual reality headset, patients would play short video games that trained the eye’s ability to focus on objects in a digital environment. In one game, he says, players would have to focus on a floating balloon for a long enough period of time that lasers would shoot from their eyes to destroy the target.

Although the work was rewarding, the job was limiting in terms of professional growth and development. Within a year of joining Davalor Salud, he was already the most senior member of the development team.

“I always like to say that I learned how to become a lead the wrong way,” Guerrero says. “The problem is I was learning by myself, all on my own.”

Then, in 2018, Guerrero saw an article about the planned opening of an EA Sports development studio based in Madrid.

On the contrary, Guerrero received both an interview and eventually a full-time job offer to join the new studio as a C++ software engineer.

“I was jumping, like, ‘I got in! This is crazy,’” he says, recalling the moment he heard the news. With the help of his new employer, Guerrero made the move from his home in Northern Spain to an apartment in Madrid. For the first time, he says, he was working alongside experienced game developers who had come to EA Madrid from companies like Unity and Codemasters.

“I was so happy, because I was learning about how big companies deal with schedules, how a real Scrum team works,” Guerrero says.

At first, Guerrero and the rest of the newly formed EA Madrid development team was assigned to work on the NBA Live franchise. Before long, however, Guerrero’s supervisor approached him with an attractive offer to join what was initially a small subset of EA Madrid employees who began working on the popular Madden NFL franchise.

As part of the Madden NFL team, Guerrero worked on a new character customization system, whereby players could purchase and equip their character with various clothing items and accessories. The feature was ultimately introduced as a part of “The Yard” story mode in Madden NFL 21. Then, following the release of Madden NFL 21, Guerrero was promoted to the role of tech captain, a position that allows him to work directly with designers and QA testers in the creation and implementation of specific gameplay systems.

“This is a super big opportunity that came to me this year,” he says.

The Madden NFL series is, of course, based around the sport of American football — featuring actual teams and professional athletes from the U.S.-based National Football League. And while the Madden games might not be quite as popular in Europe as in other parts of the world, Guerrero says he regularly encounters fans of the series.

I was so happy, because I was learning about how big companies deal with schedules, how a real Scrum team works.

“Sometimes in talking with people that you just met, you let them know that you are working on Madden NFL. And they tell you, ‘What? I’ve been a follower of the franchise for years now!’” he says.

Overall, Guerrero says he’s immensely satisfied to be working at EA Madrid. It’s a company where his fellow coworkers quickly made him feel at home while adjusting to life in a new city — whether through a friendly pre-pandemic NERF gun fight in the office, or later working remotely via Slack and Zoom.

“I was new to Madrid. I didn’t have like a lot of friends there, and it felt like a real family,” he says.

Meanwhile, Guerrero says he also stays in close contact with his friends and classmates from DigiPen Europe-Bilbao — including several people from the BFA in Digital Art and Animation program.

“That’s thanks to DigiPen, because as we were working together and meeting each other, we were able to develop a huge friendship,” he says. “We still gather from time to time to play video games.”