Sorgina: A Tale of Witches is the first game from Spanish developer Binary Soul. It’s a 3D platformer, a genre that’s having something of a resurgence. In it, Sorgina, the witch’s apprentice from whom the game takes its name, hops around some gorgeous maps using her magic powers to alter the environment and navigate the game’s various obstacles. It’s a fun fantasy adventure that, as it turns out, happens to be rooted in the language and culture of the area in which it was developed.

The world of Sorgina is set in Spain’s Basque region and includes many notable locations from Basque country. The story is based on traditional Basque mythology, and it’s also one of the world’s only video games playable in Euskera, the unique Basque language.

Binary Soul is a game studio, but also something of a digital evangelist for Basque culture and Euskera. The studio’s founders met at DigiPen Institute of Technology Europe-Bilbao while undergoing the Advanced Certificate in Game Programming continuing education course. Since all of them are from the Basque region, the chance to represent their culture in the medium of games was one they jumped at.

“We wanted to bring some light to videogames done in Euskera and get people interested,” says Gorka Garcia, the studio’s communications manager. “We wanted to say, ‘Hey, there’s an industry here. We’re coming from DigiPen. We’re growing the video games industry here.’ And we want to incorporate our culture and our language in it and make it international, if possible, so that everybody knows about us.”

The game was completed and initially shipped as a physical title, sold in a chain of Basque-language specialty shops in the area. Still, the game wasn’t previously available to anyone who wasn’t already shopping for Basque-language goods — until recently. In March, the Binary Soul team submitted their game to Steam’s Greenlight program and found a very enthusiastic community awaiting it there. The game was “greenlit” on March 30, meaning their dreams of going international are soon to be realized.

“It was a huge surprise!” Gorka says, saying that it’s not exactly easy to sell a game based on obscure Basque mythology, especially competing on Greenlight with shooters, classic puzzlers, and manga-style games, which he says tend to have the broadest appeal for younger audiences. However, the love among Basque players and its appeal for other users was strong enough to carry them across the finish line. One might not think it, but there’s a population of avid video game enthusiasts in the Basque region.

“There’s even a Steam community that’s asking Valve to translate the platform into Euskera,” Gorka says. “We found them while trying to find people from here, from Basque country, who were gamers.”

Getting the Steam platform translated to Euskera might be a long shot, he acknowledges, but the Binary Soul team was thrilled to have the support of that movement.

Watching the faces of the kids smiling and having fun with the games is why we started this company.”

The game, which Gorka describes as a mix of adventure, exploration, and platforming, already has seven fully fleshed out levels, but they hope to add some more detail now that they’ll be on Steam. For one, they plan to add a showdown with the game’s nemesis, the evil spirit Gaueko. It’s something they regretted not being able to include in the first public build.

“It’s kind of like in Lord of the Rings, with Sauron,” he says. “You know the enemy is there, but you don’t face him at any time during the adventure. We wanted a final battle, but we didn’t have the time when we started development.”

Gaueko isn’t the only spirit from Basque mythology that the game includes. As her journey progresses, Sorgina gains her powers from friendlier mythological figures, like the earth goddess Mari and Basajaun, a gentle, bearded spirit who protects the forest.

“Each one of them gives you a new skill, a new power,” he says. “Once you get a new power, you have to solve a trial, which acts as a kind of tutorial for that power. Once you learn how to use that power, there are some more puzzles where you’ll have to mix all the powers you have at your disposal.” 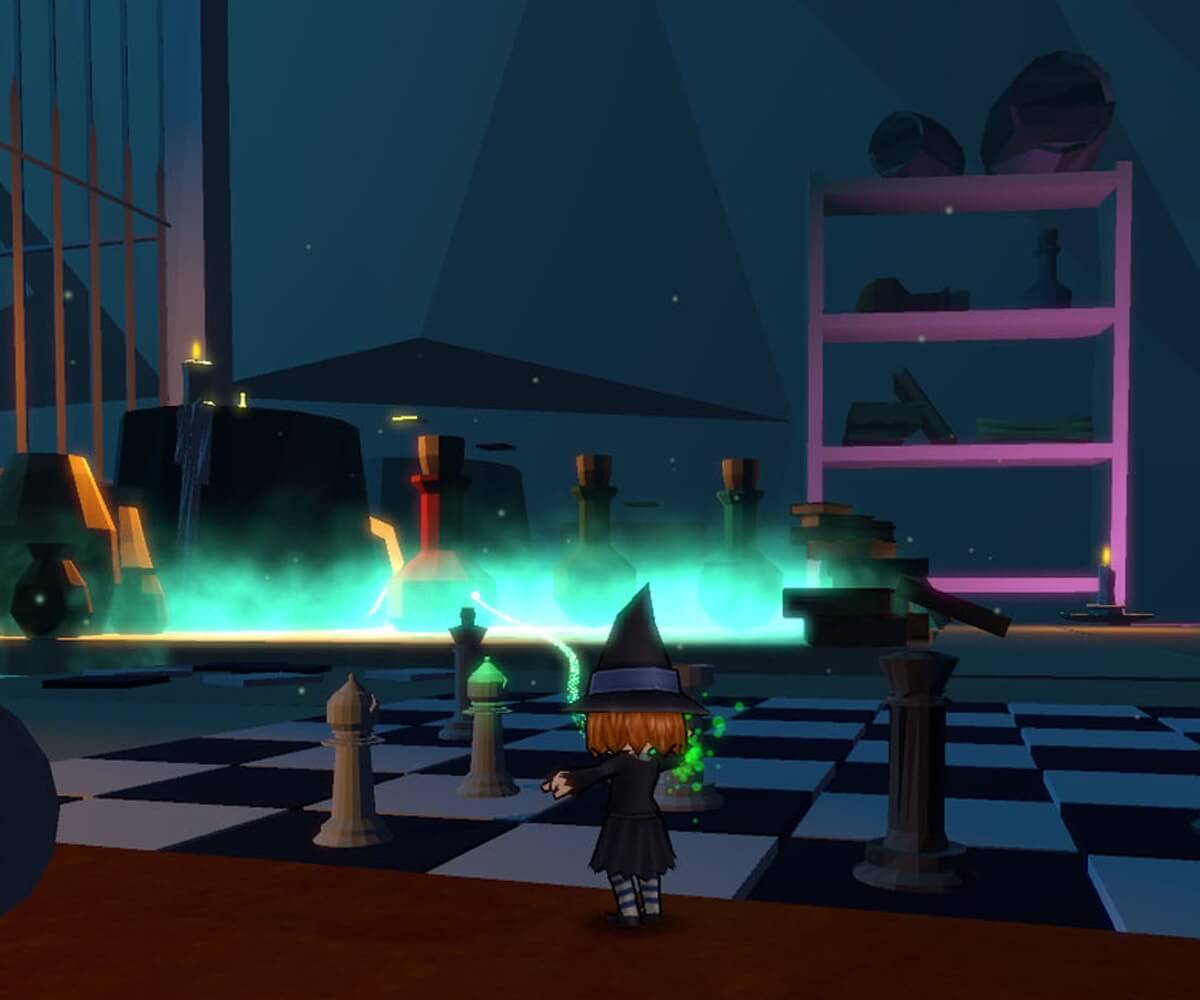 The inclusion of Basque culture in gameplay mechanics isn’t limited to just magic powers, either. Players also collect Eguzkilores, a native flower that is commonly tacked to doors in Basque country to ward off evil spirits, and the game’s levels include many locations that are integral to the region’s identity. The cave paintings of Santimamine, for example, aren’t just authentic scenery — they’re part of an interactive puzzle.

Such puzzles, Gorka says, are not overwhelmingly challenging. The idea, he says, is to make the game as accessible to young children as possible, as the chief goal of the game is to get kids excited about Basque culture.

When he was growing up, Gorka says, Euskera was taught only as a separate subject, much like the way Spanish is traditionally taught in the United States. That’s changed over time, and now classes in the Basque region are often taught in a mix of languages. For example, a science class might be taught in Euskera, geography class in English, and history in Spanish. Euskera, however, is still lacking in one key area.

As video game developers we have to think, ‘Yeah, video games have the potential to be an educational tool, to make people think about social aspects of their life — about history, about values.”

“What we found with the teachers from here is that children, once they leave school and they’re playing, they go back to Spanish,” Gorka says. “They don’t usually integrate Euskera in their playtime.”

Binary Soul hopes to change that with Sorgina.

“When we have been at some fairs, we’ve been showing our games,” Gorka says. “And just watching the kids playing and identifying the different characters, they say ‘That one is Basajaun!’ or ‘That one is Mari!’ — because they’ve learned about them in school. Watching the faces of the kids smiling and having fun with the games is why we started this company.”

Indeed, the power of video games as an educational tool is not lost on the team at Binary Soul.

“As video game developers we have to think, ‘Yeah, video games have the potential to be an educational tool, to make people think about social aspects of their life — about history, about values,” Gorka adds. 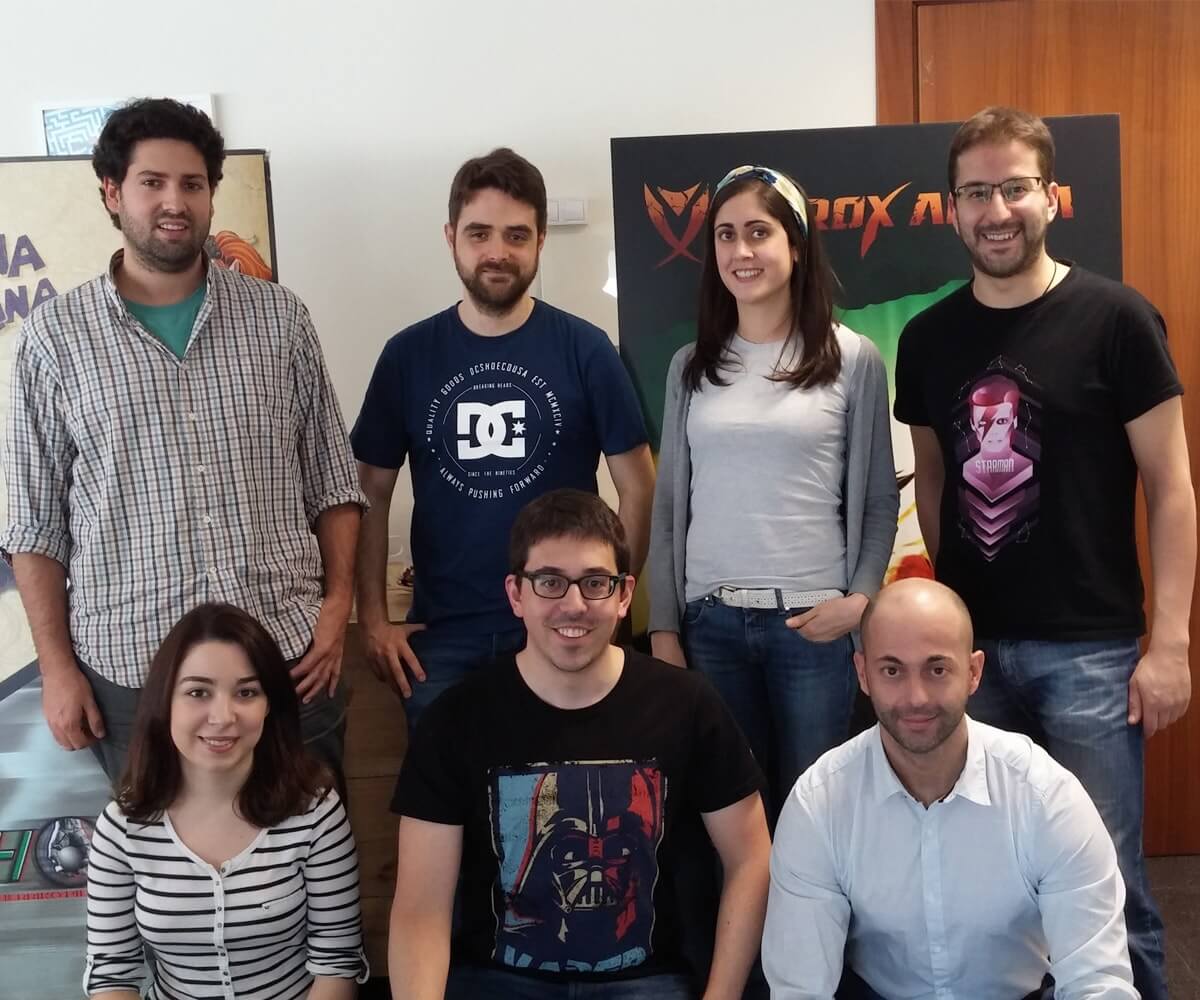 While they’re thrilled to bring Sorgina to a broader audience, that also hasn’t kept them from pursuing their many other projects. Besides making games, they offer gamification solutions for businesses outside of gaming, like a gamified training system for industrial processes. They’ve also got another game in the works, a MOBA-style arena game.

“We had a playtesting session about two weeks ago with DigiPen, Delirium Studios, and Kaia Studios,” Gorka says. “The latter are also from DigiPen, and their first game is called Dynasty Feud, which is something like Super Smash Bros. Melee. It was a big crowd, maybe 200 people.”

Working with Kaia has been great, Gorka adds, as they’ve been able to share their experiences in a way that has helped both studios succeed. It’s something he sees as a net positive for the region’s game development industry.

“Whatever you do, you have to share with others,” Gorka says. “If you share, you’re going to get a much better return and it’s going to help you in the future. We need to help each other to grow the video game industry here in Basque country, and to grow DigiPen here and in Europe!”

Sorgina is set for a full release on Steam in the second quarter of this year. Check out the Steam Community page for updates on the game’s progress.