The critically-acclaimed Gameboy Advance remake of the 1986 Metroid would, for over a decade, be Alzola’s only experience with the classic Metroid series. Some 11 years later in 2015, fresh out of DigiPen Europe-Bilbao’s BS in Computer Science in Real-Time Interactive Simulation program, Alzola landed a job at world-renowned Spanish game studio MercurySteam.

“On my first day of work, they told me the project [we would be working on] was Metroid II’s remake in the vein of Metroid: Zero Mission,” Alzola says. In a poetic return to his childhood, the first professional project of his career would be Metroid: Samus Returns for Nintendo 3DS. “It was, without a doubt, very exciting. Working alongside Nintendo was simply great.”

His post-graduate career would eventually take him from Samus Aran’s spaceship to the VR cockpits of commercial planes, until finally landing on a project of his own—an in-the-works first-person 3D game.

Before Alzola ended up at MercurySteam, or had even decided to go to DigiPen Bilbao, he wasn’t sure he wanted to make games at all. In fact, he had enrolled in a different university’s computer science program, somewhat resigned to his fate in the field. 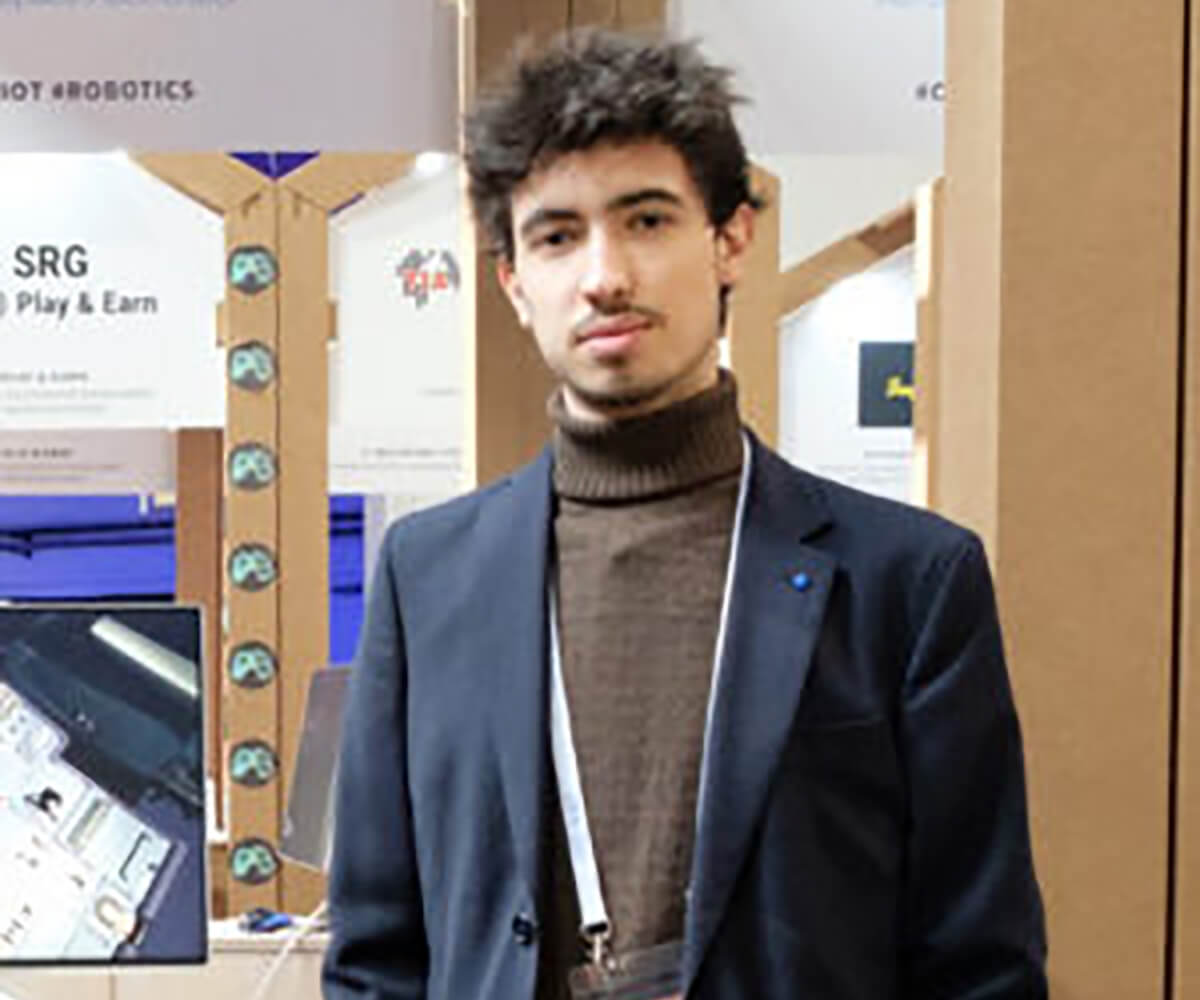 “At no point [did I feel] genuinely excited about my target studies,” he says. Just four months before he was due to begin, he “accidentally came across an article about Portal 2’s launch” noting the fact that the Valve game was born from the DigiPen student project Tag: The Power of Paint. Within an hour, he’d made up his mind that he would enroll at DigiPen’s then-new Bilbao campus instead.

“DigiPen’s graduate successes, the fact that it was coming to my city, and the involvement of artistic skills in the work made the decision a complete no-brainer,” he says. Thanks to some ProjectFUN workshops he took a few months prior to his first day of classes, Alzola’s confidence in his choice only grew. Rather than feeling resigned, Alzola suddenly felt excited.

At DigiPen, Alzola says one of the most important skills he learned is creating programs from scratch.

“This fosters an understanding of how video game systems work underneath, leading to smarter decision making, and in addition, it improves the success rate when facing all-new problems,” he says. It’s a lesson he put into use when creating his junior game project, Tree Hands Studios’ Inaris: The Cloud Temple. The first-person 3D puzzle platformer’s graphics, physics, and architecture were built from the ground-up without using pre-made engines, a task Alzola says ways “just plain tough.” The work paid off though — the mystical world Alzola and his team created in Inaris would become a finalist in the hóPLAY Independent Games Festival’s “Best Basque Game” category. 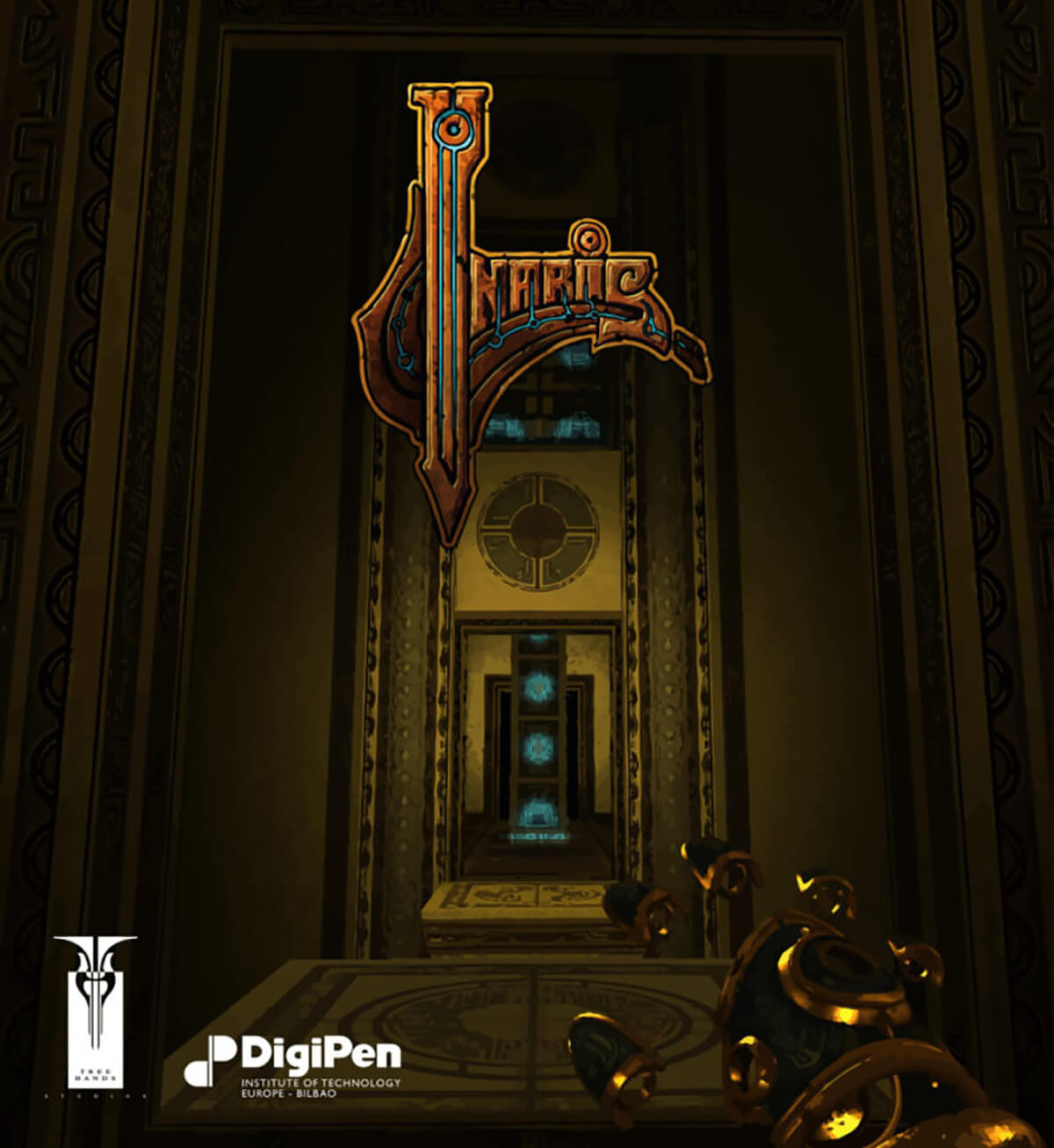 The work ethic it took to build Inaris from scratch also came in handy when, thanks in part to help from his professor, he landed a job at MercurySteam upon graduating. “I was accustomed to working hard, having just finished the RTIS program, so it definitely wasn’t a nerve-racking experience,” Alzola says. “I took charge of [Metroid’s] UI/UX and the main character’s camera behavior. I was glad to participate in enhancing game feel and contributing to user experience, which are my main interests programming-wise.”

When the game was released to critical acclaim, Alzola says the experience was incredible.

“It was unreal watching it being played live, seeing the game cover or the amiibo figures for the first time, and watching the over-the-top YouTube reactions,” he says.

After Metroid, Alzola left MercurySteam to begin working on a personal video game project — one he’d been quietly planning for a while. He spent months researching and testing various game engines to find which would serve his new project best while continuing to tweak the overall game design.

Deciding the project “was an opportunity not to be missed,” Alzola joined his former schoolmates and began working at VRNam as well, building a UI/UX system for the application. “The transition was seamless,” he says of the jump from working on Metroid to simulating aircraft cockpits. “In fact, one can argue they are quite similar. The back-and-forth communication must be clear, the user interaction must feel responsive, and through action and paying attention the player will understand new concepts. Except ‘new concepts’ relates to flight-training in this case.”

After six months at VRNam, Alzola’s design ideas for his personal game project had developed enough that he decided to leave the company and start working full-time on creating a prototype. That project, he says, is a spiritual successor to his junior game Inaris.

“This game is, to put it simply, an evolution of Inaris,” Alzola says. “At the end of the day, Inaris is the embodiment of what I love about first-person 3D games, and I have seen many of its players share this feeling as well. That is all I need to keep driving forward.”